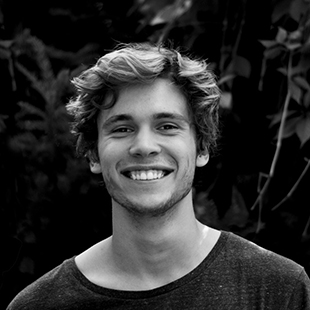 As each year passes, there appears to be new developments and shifting perspectives on what it means to be “feminine” or “masculine.”  While there have been many positive steps taken to redefine long set in stone gender roles for women and girls in the past few years (for instance, the #MeToo movement) there is still much work to do. When rallying against sexism and advocating for societal change, it is important to remember that girls are not the only ones who suffer from gender pressures placed on them at a young age.

Just as girls are bombarded with images in the media of skinny, beautiful models who only do certain things and act a certain way, boys are also force-fed an image of what the “ideal man” is meant to look like. And, unfortunately, the standards are just plain unrealistic for both.

The “alpha male” has been a reoccurring figure in mainstream media for decades. Scroll through Netflix or see what’s playing at your local theatre and you’ll be bound to encounter this archetype in a large portion of the films. He’s tall, he’s buff, and he’s serious. This character never cries or surrenders or expresses uncertainty – instead, he is painted as being confident and fearless, possessing an overflowing fountain of bravery that never dries.

“But no one said that every boy has to grow up to be an action hero!”

Maybe not, but – nevertheless – there are countless harmful ideas that have been planted and nurtured in the minds of boys since the time they were still learning to walk.

Boys are taught that they need to be independent and strong, to rely less on their emotions and maintain a stoic, indifferent façade. Crying and public displays of affection are seen as weakness. They are encouraged to join sports teams and attain muscles larger than they would ever require. Boys are mocked for preferring painting to pitching, reading to running, rom-coms to action movies. I’ve talked to boys who have said they’re scared to wear skinny jeans or admit they like certain activities because they are afraid of being made fun of. If something lies beyond the typical “male” stereotype, it is criticized.

Boys are taught that they need to be independent and strong, to rely less on their emotions and maintain a stoic, indifferent façade.”

Sexism against males is something that a lot of people feel uncomfortable talking about or may even go so far as to claim that it doesn’t exist. Unfortunately, what this means is that many boys are left to suffer in silence, especially when gender norms suggest that expressing emotion is somehow “emasculating.” My brothers and some of my male friends have told me how hard it is, sometimes, to live up to the gender expectations set out for them.

There are a few things that everyone in society would do well to remember:

It is okay to be vulnerable.

Enjoying “female” coded things does not make you less masculine.

You are not a stereotype.

As a society, we should stop attempting to place people into a box regardless of who they are or their gender. Placing unfair expectations on teenagers to look and act a certain way is not only unfair, but also deeply detrimental to self-esteem and, often, mental health. The idea that a person’s worth could possibly be decided on how much they can bench or the colour of their clothing is – frankly – absurd, for every person is unique. It is time to stop being ashamed of who we are and what we like.