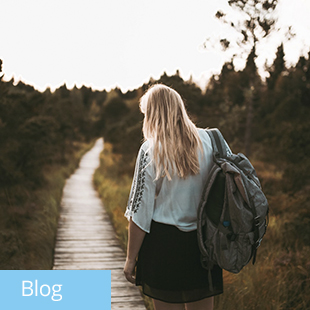 “Mistakes are part of the dues one pays for a full life.” – Sophia Loren

The great thing about making mistakes as a teen is that they very rarely end up being real mistakes. Being a teen is emotional and confusing and our identity and worldview changes all the time. It only makes sense that in all of that mess in our head we’ll make a few missteps here and there. I hate to say it, but even the most level-headed teens act stupid, irrational, and impulsive sometimes. But that can be a good thing.

Because we’re still discovering ourselves, our values, what is important to us. It’s really, really difficult to do that without facing some adversity here and there. The problem is, new experiences can be scary and when you don’t allow yourself to try new things because you are afraid of making mistakes somewhere along the way, you could rob yourself of a lot of opportunity for growth.

Believe me when I say there is almost nothing worse than missing out on typical teen experiences because you are afraid of misstepping!

I know it sounds so cliche but making a few mistakes here and there can actually make you stronger in the long run. Take it from me. I feel like I should win a medal for all of the embarrassing things I have tried and failed at. I’ve made mistakes when it comes to my relationships – with family, friends, and boyfriends. I’ve made mistakes in school, in sports, in social situations. But you know what the funny thing is?

No matter how humiliating or upsetting any of those mistakes were in the short term and no matter how much I beat myself up over them, I don’t actually regret most of the mistakes I have made. In allowing myself to make them, I revealed flaws and weaknesses in myself that I didn’t previously know about and – with that knowledge – I was able to reflect and grow. I can say with 100% confidence that I am stronger person now because of the mistakes I have made.

I can say with 100% confidence that I am stronger person now because of the mistakes I have made.”

Many of the most rewarding experiences involve some level of embarrassment or failure. If you’re afraid of screwing something up, you might rob yourself of something that could end up being really good.

Don’t get me wrong: it’s still important to consider the consequences of your actions, especially if you are about to make a choice that doesn’t feel right for you in some way. It’s important to never feel pressured into something you feel is wrong. However, sometimes overthinking can lead to missed opportunities. For example, if you want to be in the theater production at your school but you never try out because you are afraid of forgetting your lines and embarrassing yourself, then your fear of making a mistake might be holding you back!

One of the benefits of being a teen is that our missteps tend to have fewer lasting consequences than they might later in life. As an adult a major error could cause serious relationship issues, lead to a strained family life, or result in you losing a job. While mistakes (depending on the severity) can also lead to these things as a teen, people are generally more willing to forgive us for our screw-ups simply because we are still figuring things out. There are also many opportunities for us to grow and develop as people to ensure those blunders don’t happen again in the future.

You are going to make some mistakes – everyone does! – but all that means is that you’ll likely learn more about yourself and maybe even be better prepared for the future.

So my advice for you? Don’t always worry about making a fool out of yourself. Most mistakes are far from being the end of the world. And who knows? You might even be able to laugh about it later.