This year, I had the privilege of serving as one film previewers for the Calgary International Film Festival (CIFF). I was one of ten high school students tasked with selecting a slate of films that we felt were the most relevant to our generation. We chose six movies out of the submitted films, and presented them under the CIFF Generation Next Program. These six films were incredibly diverse in terms of country of origin, language, themes, and messages, but they all had one thing in common: their capacity for youth empowerment.

I am incredibly happy with the Generation Next line-up that we have selected, and am so grateful to have been given this opportunity to represent youth perspectives at the film festival. Here are a couple of things that I learned from my experience on the youth film previewing panel for the Calgary International Film Festival.

The Meaning of Youth Empowerment

Throughout our discussions about the films, one term kept popping up: “Youth Empowerment.” This is something that is so important to me, and yet I am not sure I understand the full extent to what that term can mean. It is often used as a buzzword that is just tossed around when discussing youth issues, so I wanted to use my experience at the Film Festival to try to grasp every facet of what Youth Empowerment stands for.

The first thing that I noticed out of the films that we deemed empowering, is their willingness to examine youth issues in a judgement-free and open manner. Rather than downplaying or ignoring the struggles that young people encounter, these empowering filmmakers instead decided to portray youth issues clearly, realistically, and genuinely. It felt good to have these issues represented on film, to be presented in a way that made me see that I’m not alone in feeling what I’m feeling; In showing me what different issues can mean to different people. The first step of youth empowerment is the willingness to discuss these issues openly and creatively.

Secondly, the films that made me feel empowered all stood for a common goal: the capacity that youths have to make and influence change.

Many of the movies that we watched put the influence of their young characters front and centre to be seen. These characters were brave, ambitious, and not afraid to stand up for what they believe in. Furthermore, these movies went on to show the power that youths can have when we stand for something and believe in something. Whether that be the student-organized March For Our Lives protests, or the fight against racially-biased AI, or even something as local as a neighbour in need. These films acknowledge the capacity of young people to overcome roadblocks and achieve what they believe in.

Many of the movies that we watched put the influence of their young characters front and centre to be seen. These characters were brave, ambitious, and not afraid to stand up for what they believe in.”

The combination of both being willing to discuss the obstacles facing youths today, as well as showcasing the capacity that young people have to tackle these issues, is what Youth Empowerment through film-making now means to me.

The Universality of Youth Topics

We watched films submitted from all around the world, created in different languages and created for different cultures. However despite this, the subject matter they portray in regards to young people still was able to captivate me. Films from Germany, the Philippines, Brazil, and China all resonated with me, and so did the film that was shot right here in Calgary. Miraculously, whether the film was in English or required subtitles, whether it was from a Portuguese director or a Canadian screenwriter, whether the target audience included me or not, the youth topics still spoke to me.

I am not sure if I’m surprised by this, but I am definitely intrigued. It fascinates me that a teenager halfway across the world is having the same struggles with growing up that I do. It may be under a different context, or experienced differently, but at their core they are the same issues. Stress, family, anxiety, body image, loneliness, and so many more, these are not just strictly Western obstacles. Growing up is tough, and everyone around the globe can agree with that.

The Capacity of Films to Empower Young People

Finally, I was able to truly grasp how powerful film-making can be. The best films that we previewed all were able to access my emotions, and tie them to the plot of the movie. While that in and of itself is impressive enough, the films that were empowering were also able to tether my emotions to the youths on screen. I found myself rooting for them, watching them conquer every obstacle and achieve their potential. Empowering youths isn’t just about incorporating youth issues into movies, it is also about showing the power and abilities that we have. Showing what we are capable of. Showing the triumph of young people. That is what was the most inspiring to me. Watching youths succeed reminded me of my own potential.

Empowering youths isn’t just about incorporating youth issues into movies, it is also about showing the power and abilities that we have. Showing what we are capable of. Showing the triumph of young people.”

Flim making is an art form that holds so much power. It makes the audience feel, it draws them into its world, and the best films make a lasting impact. I really believe that the six films we selected to screen under the CIFF Generation Next Program all have the capability to influence and empower young people. The Calgary International Film Festival takes place from Sept 24th – Oct. 4th, and this year due to the pandemic they will also be available to be screened virtually. I really recommend you check them out, hopefully they will be as rewarding to you as they were to me. 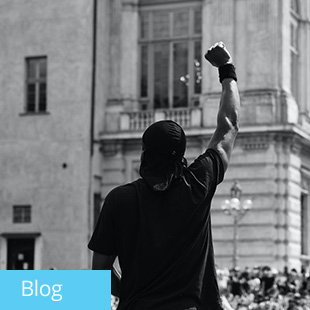 Black Lives Matter – What can I do to help? 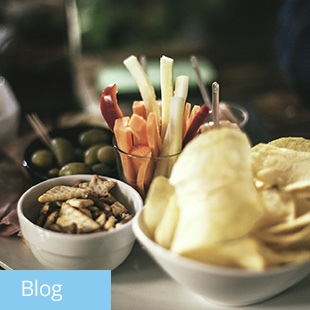 Motivation: The foundation to your success
Show footer