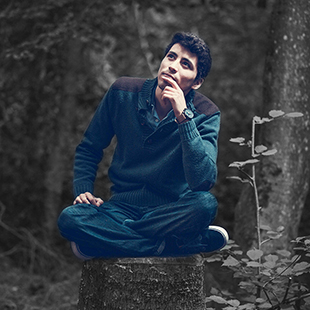 I’ve been giving it some thought lately and I’ve come to the conclusion that it’s much harder for guys to date than it is for girls. I’m not saying that girls don’t have their own issues to deal with in the world of dating, because we do.

We have to worry about being in the “Goldilocks Zone” of not too frigid and not too forward, we talk way too much about being “Forever Alone,” we tend to consider what other people think of our relationships way more than we should, we have to worry about boundaries and peer pressure, and, of course, there’s always that awkward question of what to do with our hands when we’re kissing someone.

I know that not everybody has these issues, and that it varies from person to person. But, in my experience, this is just what I’ve noticed with the “typical” relationships I’ve seen and been in.

It’s a lot harder for a guy

At least, being girls, we usually have someone that we can talk to about these things. And even when we don’t have a friend to talk to, it’s considered more socially acceptable–expected even–to talk about these things. But for a guy, it’s (I think) expected that they don’t have to talk about it, and that relationships in general don’t cause them a lot of stress. That’s not to mention the unfair assumption that all a teenage guy cares about in a relationship is “getting some.” I know that there are some guys that have good enough friends, and feel comfortable enough, to talk to someone about what they might be feeling, but, in general, it’s a lot harder for a guy to do than it is for a girl.

In the media, in movies, in books, in everything, there tends to be a major focus on what we, as girls, have to deal with in regards to expectations in a relationship. If society is to be believed, the only important thing a girl ever has to think about in a relationship is whether or not she should sleep with her boyfriend. Or even, if she knows she wants to, how long should she wait, or else be labelled a slut. I think that’s unfair on a few levels, but mainly two:

I’m not trying to belittle the problems that girls face in a relationship, but how many of us have ever really stopped to think of all the pressure we’re putting on guys?

Whether we like it or not, we grew up in the Disney generation where, regardless of how self-sufficient the girl was, she could always rely on the guy. That doesn’t mean that a guy has to necessarily slay the dragon for us, but we expect to be the ones with the problems while our boyfriends comfort us.

Even as I’m writing this, I know that it’s unfair and untrue to assume that every girl thinks this way and that every relationship is like that, but I do think that it’s the relationship standard that society encourages us to live up to. Just look at what’s popular these days: The Hunger Games, where it’s expected that Gale and Peeta patiently support Katniss while she goes about deciding which one of them she wants to be with, and, in the mean time, saving society; there was the Twilight phenomenon, where Edward patiently supported Bella and whatever human crisis she was going through; even Scooby-Doo, where Daphne got to be kidnapped every third episode and Fred got to save her. While not every aspect of pop-culture reflects this ideal, it’s hard to deny that some of the most popular ones certainly promote it. So imagine the pressure that guys must feel to fit into our romantic notions.

Not only do our romantic notions influence our expectations, they also have a huge influence physically.

I’ve talked to so many guys who have felt pressured to be the ones to make the first move. Whether it’s just a kiss, all the way to having sex, it’s considered the norm that the guy will take the first step. They have to initiate that physical contact and, on top of that, they have to be thinking about whether or not they will be well-received, or if they’ll be rejected.

Even something as simple as asking, “Would you like to go out for coffee,” becomes this huge possibility of rejection and humiliation. My dad’s often told me that asking a girl out is like putting your heart in their hands and, when they say no, having them drop it and stomp on it. You can go on all you want about how girls are allowed to ask people out too, but is it really a fair comparison? I’ve asked guys out before, and it’s gone over pretty well, but even if it hadn’t, I would have still gotten kudos for being a “modern woman” and taking that risk.

Guys just don’t have that same margin for error. Either they get a yes or a no; there is no, “Well, at least you tried.”

Basically, what I’m trying to say is that we need to give guys a lot more credit for the challenges that they face both dating and relationship-wise. We definitely need to be more considerate to their needs in a relationship, and more appreciative of the risks they take with their egos. When the guy you like texts you, and it’s not as romantic as you would have wanted, keep in mind that at least he’s trying; he likes you, and is trying his best not to offend you or scare you off. The first time you hang out with a guy, and he takes forever to kiss you, try to think of how much courage he had to build to get to that point.

Let’s just be more appreciative of guys in general.

They don’t get nearly as much emotional credit that they deserve, not to mention moral support to stand up for what they want and need in a relationship. As a society in general, we for sure have to be more open to the idea that teenage boys have thoughts extending past food and sex, and that they should be able to express those feelings without fear of being ridiculed as gay or a pansy.

What do you think?