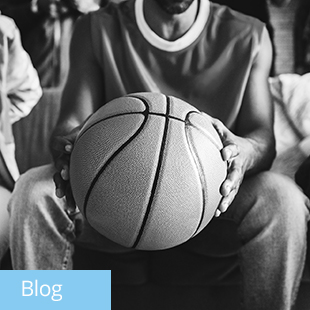 There’s a lot of pressure on teenagers to constantly strive for success, to be the “best” – in sports and in school and in popularity. Seeking to do well in important areas of your life, like in school and extracurriculars is a nice goal to have, but realistically, you aren’t going to be successful 100% of the time and that is 100% okay.

All of that pressure to perform can be really stressful, especially when your parents or teachers or coaches seem to hold such high expectations of you. Luckily for me, I once had a very inspiring teacher who was all too happy to tell my anxiety-filled Biology 30 class the truth: “failure” isn’t such a big deal, after all.

That probably sounds like a weird thing to say, especially coming from a high school teacher, but at the time it was oddly comforting. As a Grade 12 class, you could practically feel the stress and tension in the room. My teacher went on to tell a story about her brother. In high school, he slacked off a lot. He skipped classes and chose to smoke and party instead. He was failing a lot of his classes and all his teachers assumed he would never graduate.

In his final year of high school, he pulled himself together. He studied for his tests and started attending class more regularly. As it turned out, he walked the stage at the end of the year with the rest of his peers, ended up going to university, and now leads a steady life with a good job.

My teacher didn’t tell us this story to encourage us to slack off in school and go out partying with our friends the night before our Bio diploma. She told us this to show that, no matter how far away from the success you may be, you can always get there someday.

If you’ve ever failed a test, or been cut from a school team, or had to take your driver’s test five times, then you’ll be familiar with the feeling. Failure sucks. It always will. But it’s also temporary.

You might not get into the university of your choice. But this doesn’t mean that you will be a failure in your career. There is always another path. You can take a break for a year to retake a few courses and reapply the following semester. Or you can accept somewhere else, work really hard in the first year, and then try to transfer.

Failure does not result from a lack of talent or wit, but a lack of patience.

This is what my teacher taught us that day.

I’m reminded of when I first started running. Even running a kilometer without stopping felt hard. But over time, little by little, I’ve built up my endurance so I can run much further and faster than I ever thought I could. It didn’t happen in a day. It took months and years of practice and training, but I am stronger now than I was. Now when my friends shudder and say, “I suck at running” when I ask them if they want to go for a jog with me, I laugh. Anyone can be a runner if they’re willing to put in the time.

Now when my friends shudder and say, ‘I suck at running’ when I ask them if they want to go for a jog with me, I laugh. Anyone can be a runner, if they’re willing to put in the time.”

We all develop and grow at different paces. What you may not understand now could make perfect sense in a year. And what you thought you would never be able to do a month ago might feel like child’s play to your future self. We do not fail because of inability; we fail because we do not give ourselves time to succeed. 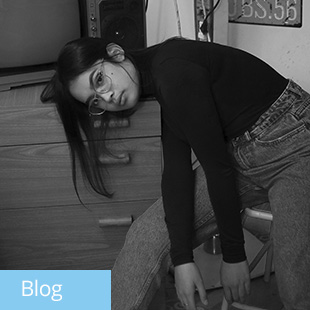