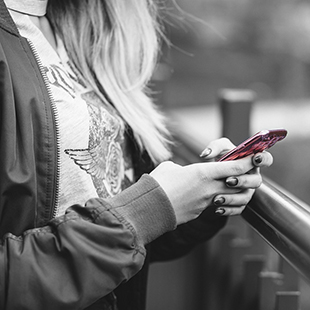 “May as well just kill myself”

“No one loves me anyway.”

We’ve all seen these messages, statuses, tweets, and Tumblr posts. Some of us have even written them a time or two. Or felt like writing them. Just to see what would happen, or who would help us, or even stop us. Most of the time, though, they’re not received that way.

I was sitting on the bus a couple weeks ago and overheard a conversation between a couple girls sitting behind me:

Oh my God, did you see her last update?”

“Yes! It’s so stupid. I don’t understand why she would keep posting about that.”

“I know, right? Obviously, if she really was going to kill herself, she would have done it by now. I mean, if you want to kill yourself, just f***ing do it. Don’t keep posting about it.”

“I swear, as soon as I get a car, I’m going to drive her to a bridge and just tell her to jump.”…

…And so the conversation went.

You can imagine my horror at hearing this. The heartbreak that I felt for this girl who has “friends” who would say such awful things. Honestly though, I really do know what these girls were thinking. For “normal” people, sometimes the way that we try to reach out for help just doesn’t make sense. There was a time when I thought my friend was just looking for attention because she was always talking about how depressed she was, but she never actually did anything. I can see how, to someone who hasn’t been through it (or even someone who has, but did and experienced things differently), it could seem like a really attention-seeker type thing to do.

How many of us feel more comfortable expressing what we really think via Tumblr or Twitter? I talked in an earlier blog about cyber-bullying, and how I felt like it was okay to call one of my best friends many different, horrible names when it was anonymous. To so many of us, the internet is a safe place where we feel comfortable revealing thoughts that we would never say out loud, especially to somebody’s face. It’s so much easier to admit that we don’t want to live anymore if we don’t have to risk someone looking us right in the eyes and judging us, or thinking less of us.

Feeling like everyone hates you, or that no one cares.

Or feeling like no one would miss you if you did kill yourself. Can you imagine that? These people are crying out for help. Often, it is their first attempt at getting help. They want to see if anyone is listening, or if anybody even cares. So listen to them. Don’t ignore them, or talk about them behind their backs. Instead, treat them like you would want to be treated if you were the one feeling like that.

To those of you who do make updates about killing yourself, or how you don’t care about anything anymore, or how angry you are at the world, or how sad you are, I ask that you have a little more faith in the people around you. I know how hard it is to ask people for help, to risk them thinking less of you, or risking them not believing you at all. But that can’t stop you from trying. The world isn’t filled with people like those girls on the bus, they just happen to be the loudest sometimes.

Please, keep reaching out for help anyway you feel that you can.

To everyone, keep reaching out for each other. Especially as teenagers we depend on one another for support and understanding. There is literally no one else who can understand exactly what it is to be a teenager. We have to take advantage of the fact that there are thousands and millions of us that we can talk to, whether it be in person, over the phone, online or via social media. But don’t be afraid to break the rules and talk to an adult too. Because as much as we like to believe that we know everything, there is a lot that adults can teach us and help us with. Often, the most important thing that they can give us is perspective: they show us that the bad times don’t have to last forever.

I’ve seen people on social media replying anonymously or personally to posts about depression and suicide and just generally feeling bad about yourself. I’d love to be able to be a part of the generation that helps each other through the internet, rather than the ones who are infamous for tearing each other down. When I talk to adults, I’d like to be able to talk about how we achieved phenomenal things with the help of the internet. There are many awesome internet communities out there, like the Nerd fighter community, which fuels the fundraiser Project for Awesome, among many other projects. I know we can do it; we just need to be a little more understanding, a little bit more compassionate, and a lot louder.

If you need to talk, ConnecTeen is here to listen. <3

It’s not ‘all in your head’

Why do I feel the constant need to be sad?