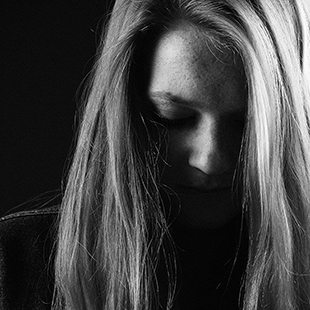 The past year has brought a lot of attention to the issue of suicide.  Our interest has been drawn by the stories of current and former NHL players who died by suicide, along with the deaths of teens like 15-year-old Jamie Hubley and 14-year-old Daron Richardson.

The attention is not misplaced, as there is plenty to be concerned about. Suicide is the second leading cause of death for youth ages 10-24. Every year in Canada, an average of 294 youth die by suicide.

In Alberta, every day:

Moreover, females aged 15-19 years old have the highest rates of hospital admissions and emergency department visits for suicide or self-inflected injuries compared to all other age groups in Alberta. Statistics like these are certainly scary. It’s obvious that youth suicide is an issue that we need to be concerned about.

Suicide is often considered a taboo topic, one that we aren’t supposed to talk about.  As a result, there are many myths and misunderstandings about suicide.  Having open, factual discussions is one way that we can work to prevent death by suicide and assist people in getting help. For starters, here are some common myths related to suicide:

Thinking about suicide is not uncommon. One study found that 1 in 10 high school students reported thinking of suicide once in the previous week. People may have suicidal thoughts when they can’t see any options or alternatives to a difficult situation. People who are suicidal often talk about ending their pain, but not necessarily wanting to die.

Myth 2: Talking about suicide will put the idea in someone’s head

Lots of people worry that the mere mention of suicide will give someone the idea to do something to harm themselves. It just isn’t true. Asking whether someone is having thoughts of suicide can get across just how much your care and are concerned for them. Showing that you are open to talking about suicide can help the person open up and honestly share how they feel. This open discussion about how hopeless they are feeling, or how much pain they are in, is a step in getting them the help they need.

Myth 3: You can’t predict suicide – if someone wants to die, you can’t stop them

Suicide has often been described as occurring with little or no warning. This gives the impression that no one could see it coming and that there was nothing anyone could do. There are warning signs that you can learn to notice. While the presence any of these doesn’t mean that a person is suicidal, it certainly means that suicide is an issue to explore and that the individual likely needs some additional support.

What signs to watch for:

Myth 5: If they are really having problems, they will eventually reach out for help on their own

People who are feeling suicidal don’t see another way out. They want their pain to end, but not necessarily to die. This means that they often can’t see other options or don’t know how to make things better. A caring friend or family member is often an important link to help. Letting someone know that you’re concerned for them and helping them to get connected to services can be a lifesaving move.

Who is at risk?

While there is no suicidal type of person, there are some factors that may increase the risk for suicide in youth:

Can you keep a secret?

Since youth are more likely to go to their friends for support first, rather than adults, it’s important for youth to know when to talk to an adult and get outside help.  While friends will tell friends some of their most personal thoughts, there are some things that can’t be kept secret. When someone’s life might be at risk, telling a trusted adult is important. Here, the greater value is on saving someone life, rather than keeping confidences.

What do you do if someone talks about suicide online?

Youth are more and more comfortable sharing information online. Social media in particular, connects users with an established network where they may turn to for support. At the same time, these updates runs the risk of not being taken seriously and may not be the best way to get people the help they need.

In response, many social media sites have worked to develop some policies to protect the safety of their users. For example, Facebook has launched a chat function for North American users who post about suicide to be linked by live chat to a crisis centre volunteer.  Twitter has an @safety contact account where they keep users updated on safety related tips, YouTube and Myspace have links on their user’s profile pages to report suicidal activity.

What can you do:

If you believe the person to be at immediate risk, call 911 and relay the most complete information you can about who they are and where they live. Let the person know you care, encourage them to contact a local crisis centre where you can get 24 hour support, get assistance in addressing the immediate risk and get referrals to local resources like counselling, mental health assessment, mobile crisis teams and other programs in your area. In Calgary, you can connect us at ConnecTeen or for adults, contact Distress Centre Calgary.