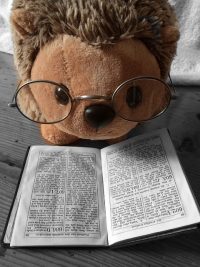 When I was in third grade, one of my classmates called me weird, probably intended as an insult. What ended up happening instead was that it made me feel really good about myself.

I was weird, and people noticed. I embraced this title like a trophy and wore it like a badge, being weird was just something I enjoyed being, it became a part of my identity and I have never looked back at it.

I like to believe that people are embracing weirdness all over the place and are becoming more accepting of unique forms of weirdness in modern day times. My form of weird is being awkward and saying and doing things that people aren’t expecting as a response.

It’s this sense of being unpredictable, and subtly creating my own rules to a situation that makes being weird so fun for me.

Growing up, it seemed like being weird or different was shunned upon. You had to behave in a certain way, talk a certain way, play certain games, be good at certain things, etc. to fit in and make friends. The problem I have with this is that we all know people are all different, and have different personalities and interests. Why should I fight against my own personality to make friends who are possibly fighting against their personality?

If you’re weird, and you be yourself and display yourself and be proud of yourself, you’ll make the kind of friends that like the real you.

This may sound corny, but seriously think about it. You may not be friends with everyone, but the friends that you will have will be accepting of you, and will like you for who you are. On the flip side, the people who choose not to be friends with you are not worth your time anyways. If they’re the kind of people who are always judging you for the things you do or say, then you really don’t need them because they’re just trying to put you in a box that they’ve designed. When in reality, the only person who should be making your box is yourself.

It’s also funny how people view “weird” as this bad thing, to not fit in and to be something different from the rest. You know what another word for that is?

For those who are too lazy to Google it, innovative just means you’re doing things that have never been done before, thinking of new ideas, and not following the path that has already been laid out for you.

It’s also funny how people view “weird” as this bad thing, to not fit in and to be something different from the rest. You know what another word for that is? Innovative.

Adults see innovation as such a good thing, but when we’re kids we’re so closed to the idea of something not normal. So you should be weird, be yourself, and not be afraid to do things differently or unexpectedly. Be accepting of other weirdness and differences and let other people create their own paths too.

A road map can only lead you to where others have already been, so don’t be afraid to find your path, it could lead you to an even better destination.