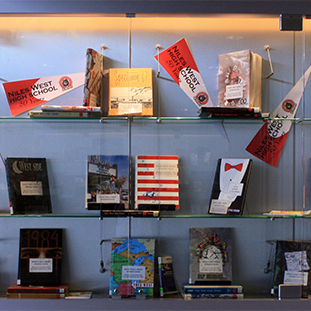 The first day of high school is disappointing. It’s the day you realize the movie cliches are just that: cliches.

I have never seen a movie or TV show that is even close to the experience I have had in school.

To be honest, it’s a lot more exciting on the big screen. Nobody would want to watch a movie about a bunch of teenagers sitting in the hallway eating sandwiches and taking Snapchats every lunch hour. But that’s what happens. The media tricked us. They gave us a false image of high school life and it’s time to bust some of the biggest misconceptions.

Everyone hangs out with the people that make them happy and if popularity comes from that, so be it. Most people, including myself, care more about having good friends than being in the popular crowd.

The cafeteria is not very exciting.  Going into high school, I thought that it would be like in shows and movies where the cafeteria is this amazing place where everybody hangs out and it’s the centre of the school. In reality, the cafeteria at my school is kind of gross. It’s really small, really loud and really crowded so it’s hard to hold a conversation. It smells and there is food everywhere. There is pizza on the floor and salad on the tables and it’s just gross to be in. There is always a huge line for the overpriced, mediocre food. It’s for all of these reasons that I, along with most of the student body, eat in the halls, outside, or anywhere other than the cafeteria.

The most common thing people do when they skip is homework from other classes.

You don’t go on crazy adventures around the town. More likely you’re sitting in the cafeteria, doing homework, feeling mildly guilty about the fact that you aren’t in a class you should be in. Teachers don’t really know or care if you skip one class, especially if you didn’t miss much or will make up what you missed.

I don’t even know if detention really exists. I have never known anybody who has ever had “detention.” Teachers may hold you five minutes after the bell if you did something disruptive and they need to talk to you, but there is no after school detention and there’s definitely no Saturday custody in the library. I think it’s just a myth made up to scare students into behaving.

I found that this is one of the biggest myths about high school: that there is an enormous workload and you are up until midnight working on homework and studying for tests. It’s true that you get a fair amount of homework, but there are ways to handle it. You usually get class time to start your homework. You probably have a friend who has done or is doing the same homework that can help you out. But most importantly, teachers are pretty flexible. High school teachers know that we have a lot of stuff going on that isn’t school and that we can’t always finish an assignment for the due date. If you have a valid reason or you talk to them about it, chances are it’ll be okay. If you don’t understand something just tell them, teachers don’t expect you to be a genius on all your work. It can be stressful but it is never completely unmanageable.

Probably the most disappointing realization in any high school person’s life is that there are no impromptu musical numbers. Nobody will sing “Summer Nights” when you get back from summer or “Getcha Head in the Game” during basketball games. It turns out it would be very difficult for an entire school to simultaneously break out into song and dance.

Movies like High School Musical or Grease fooled generations into thinking high school life is a lot more choreographed and in tune than it really is.

So high school isn’t like the movies. There is no cafeteria-seating plan like in Mean Girls. There are no crazy adventures in Saturday detention like in The Breakfast Club. You probably won’t ever skip school and find yourself singing Twist and Shout in the middle of a parade like Ferris Bueller. Despite this, I still think high school can be pretty fun. As long as you see high school as a documentary rather than the next hit movie, you’ll have a great three years.