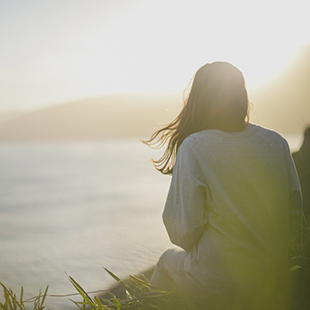 Fighting is an inevitability of any relationship, whether it be with a significant other, friend or family member. While they should never be abusive (either physically, verbally, or otherwise), disagreements and conflict are a part of even perfectly healthy relationships.

However, making sure those arguments don’t get out of hand and ensuring that they remain healthy and non-abusive can be tough. How can any degree or fighting with friends or family be considered productive or healthy?

Remember why you are fighting.

It can be really easy to get side-tracked in an argument. You’re typically mad or at least annoyed at the other person, then suddenly everything that ever upset you is on the table. However, that can be really unproductive. What is productive is keeping in mind what upset you in the first place and focusing on that issue. Then it’s much more likely that the disagreement will result in some positive change.

Try not to be prideful.

Another useful tip is to try to not be prideful. If you expect your partner, friend, or family member to really listen to you when they’ve done something to upset you, you should try to do the same. This is especially important in cases where it was the friend or family member who brought up an issue they have with you, instead of the other way around. It can be really hard when we’re mad or upset to admit that we did something wrong, but admitting it can lead you to positive change and growth in your relationship.

If you don’t feel you’ve done anything wrong then it is all the more important to keep your composure and not become resentful so you can calmly discuss the issue your friend is bringing up and see if you can come to some sort of resolution or compromise.

Finally, keep in mind what is abusive in a fight, both so that you can avoid it yourself as well as recognize it in others. You fights should never be physical in any way. That doesn’t just mean punches and kicks; even shoving or threats of violence are not okay at all. However, abuse can also be verbal and emotional. Things like excessive insults, taunting, guilting, and other vindictive and hurtful acts are all highly abusive and should be strongly avoided.

Give each other time to cool off.

Sometimes, no matter hard you want it to happen, you won’t be able to resolve an issue in one conversation. When things are becoming too heated, or you seem to be going in circles and not getting anywhere, give each other some time to cool off and allow your emotions to calm down.

Make sure you return to the discussion when you’ve both had some time, if it is truly an issue you want to work through.

Know when to call it quits.

Though most fights within relationships can be worked out, sometimes you’re fighting with someone because you have difference that simply cannot be reconciled. Not every friendship is relationship is supposed to last. If you consider the relationship to be abusive or toxic, or even if you simply don’t connect anymore, it may be for the best to end the relationship.

Fighting will always be a tough thing to deal with. And sometimes a fights ends in the ending of a relationship. But if you keep these tips in mind and always ensure you’re respecting the other person, and vice versa, a disagreement can lead to a stronger and healthier relationship.

If you are ever struggling with relationship issues, you can always contact ConnecTeen and talk it out with us.