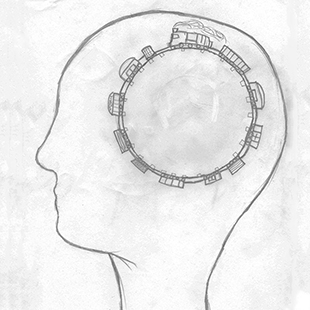 “You wash your hands before you eat? That’s so OCD!”

“Your room is so clean, you must have OCD!”

“I have to have my closet organized a certain way, I’m OCD like that.”

Being neat or preferring a certain way of organizing… doesn’t actually mean you have OCD.

“I have OCD” or “that’s OCD” are phrases that come up a lot, but OCD is not a phrase that should be used when referring to pet peeves, little quirks or being more hygienic. Everyone has little quirks that could be considered a bit obsessive or compulsive but those that does not mean we have obsessive-compulsive disorder, a mental illness that is not very common, despite how often your hear it tossed around.

Most of us are able to function normally with our quirky traits. That’s not the case for someone who suffers from obsessive-compulsive disorder. Obsessions are unwanted and repetitive thoughts, urges, or images that don’t go away. The obsessions are invasive and cause distress to the person. Examples of obsessions can be a fear of losing things, fear that they are responsible for an awful event or an obsessive fear of germs. They can focus on anything.

Compulsions are meant to reduce anxiety caused by an obsession and are a way to cope. Both cause a lot of distress for the person and interferes with the functioning of their daily lives. Some examples of compulsions are washing hands, checking locks or counting while doing tasks.

People who suffer from the disorder often feel trapped within the disorder and feel like they have no control over their obsessions and compulsions. Many who have OCD are embarrassed or ashamed about it and it can be very hard to reach out. Remember that you are not alone. Howie Mandell recently spoke about discovering that he was not alone in his own suffering with OCD and what a relief it was for him.

OCD is a mental health disorder that we can’t just get rid of but there are ways to cope and manage living with the disorder. OCD can be debilitating and feel like a cycle with no end for anyone suffering but there is hope and there are treatments that have helped many people live happily.

Sometimes just talking to someone about your struggles can help ease the weight of a mental illness. We are here for you, if you need support.