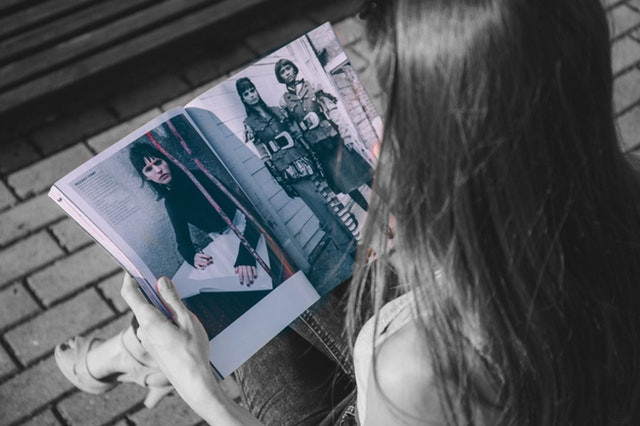 People are becoming more and more divided right now when it comes to political issues. Disagreements over political views can get heated and sometimes even violent. But, in the midst of so much debate and disagreement I think that it’s good to sometimes take a step back and recognize that every person is an individual with their own worldviews.

You might be very passionate about social and political issues, or you might be neutral (like me), but whatever your political alignment is, I think that what I’m saying is still applicable:

Even if you disagree with somebody, it’s important to remember that they are people, too.

I think that most of us can agree that having an open-mind is important, because you can have a more balanced life. But to be open-minded, that means you have to listen to other people’s arguments even if you disagree with their views. Being open-minded also means recognizing people for the individuals they are and understanding that everyone has various views.

First of all, listening to other people’s arguments is important. That doesn’t mean that you have to agree with them, but you can at least listen to what they are saying, and try to understand their reasoning. Once you understand their arguments you can tell them what you think, and why you may disagree with them. That way, both people have a chance to express their ideas, and you can have a productive and friendly conversation. By the end, each person can walk away with something new to consider, or even with a slightly different opinion than before.

There’s more to people than their political opinions.

I’ve noticed that people with differing worldviews often dismiss each other as soon as they find out about the other person’s opinions. But this is dangerous because it reduces people to one small part of their identity. If you think about your own identity, there are many factors that influence it, like your upbringing, interests, race, gender, sexuality and friends. You can’t just sum up somebody’s entire identity by their political stances, and yet some people do when they meet someone whose ideas differ from theirs.

Dismissing someone with differing worldviews is dangerous because it reduces people to one small part of their identity.”

Sometimes we can forget that every single person is just as complex as we are. If someone has a different opinion than you that doesn’t necessarily mean they’re a horrible person. It’s important to keep that in mind so that we can treat everyone with respect.

Hopefully, if you keep in mind that people are individuals with different backgrounds and political views then you can have friendly and meaningful discussions with lots of different people. But of course, there will always be others who won’t want to talk to you and again… that’s okay. It’s unfortunate, but at least you know that you are being thoughtful and treating them with respect even if they won’t do the same for you.

At the end of the day, remember that every person has their own unique perspective, and listening to them can help you to broaden your own.